The winners of the contest “Mallorca: The looks of reconciliation” received their respective awards at the headquarters of the Mallorca Global agency, a marketing and communication workshop. The three winners of the photography modality and the two of the video category were chosen from dozens of images and videos sent by residents of the island to show how the Majorcans were reunited with their spaces again after the hardest part of the lockdown.

Carlota Pizá Ramos, winner with her photograph “A Different Valentine”, explained how she was inspired by her grandparents to “show how their love is still alive after 80 years”. For its part, the first prize in the video modality, Agneta Manjavacas, sought to “portray the streets through which people gradually return to walk, as well as all means of locomotion, both day and night”, explained its author. Ricardo Gamboa, the second winner in this category for his video recorded in Camp de Mar, wanted to “see how this corner was and how people returned to visit this type of places after lockdown”. 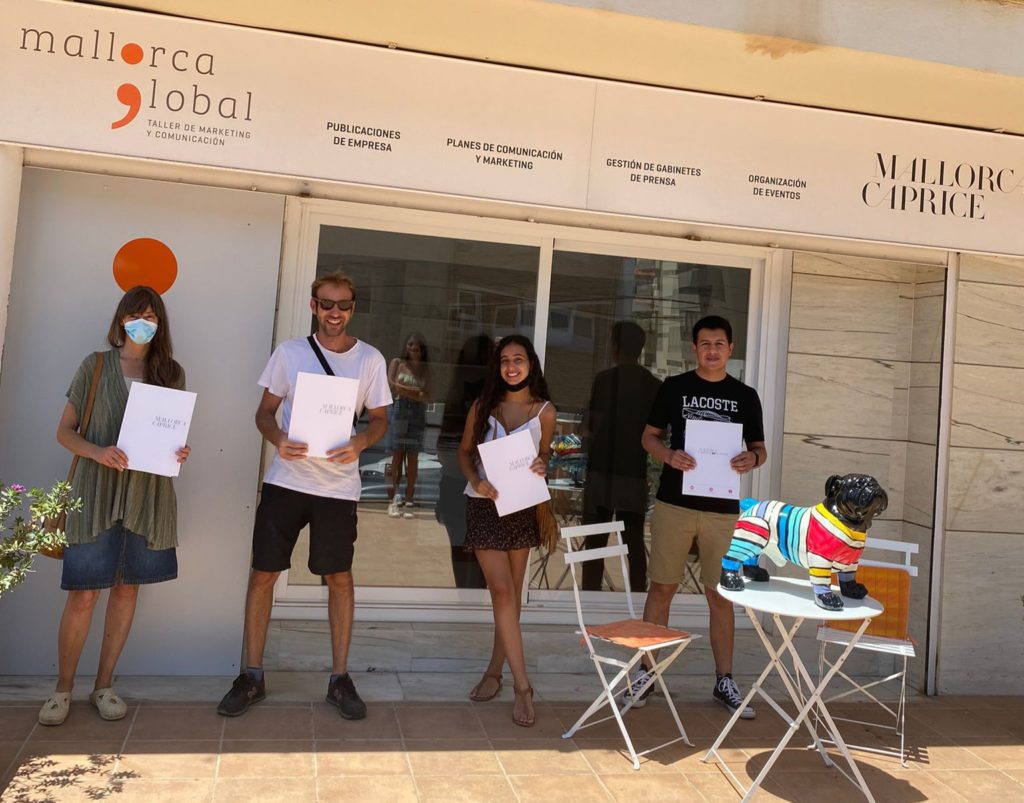 First prize, Carlota Pizá Ramos: A weekend (2 nights) for 2 adults on a bed and breakfast basis to enjoy in 2021 at any FERGUS hotel in Mallorca + 2 tickets to Katmandú Park.

Second prize, Andreu Vinielles Fauró: One night for two with breakfast and dinner included at the Hotel Llenaire, in Pollença.

Third prize, Rafel Trossort: A meal for two in one of Santi Taura’s restaurants + 2 tickets to Kathmandu Park.

Regarding the video mode:

First prize, Agneta Manjavacas: A weekend (2 nights) for 2 adults on a bed and breakfast basis to enjoy in 2021 at any FERGUS hotel in Mallorca + 2 tickets to Katmandú Park.

The images and videos can be enjoyed at this link.